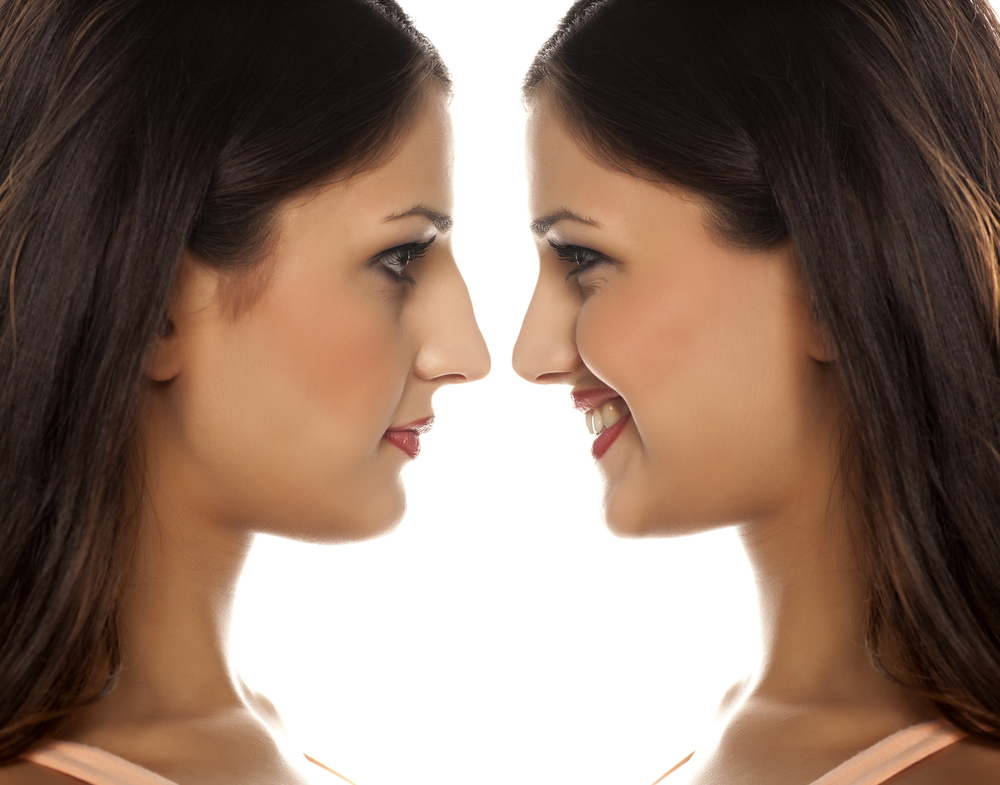 Do They Break Your Nose During Rhinoplasty?

Maybe you’ve disliked your nose your entire life. Or perhaps a recent medical concern has you considering nose surgery. Rhinoplasty can improve the overall appearance of the nose, make it easier to breathe, or even accomplish a combination of the two. It’s one of the many treatments offered by Omaha Face Plastic Surgery and Med Spa, in Omaha, NE.

Frequently referred to as a “nose job,” rhinoplasty is one of the most popular plastic surgeries in the country. It’s usually performed on an outpatient basis, and the initial recovery is quicker than patients expect. Best of all, the results are permanent and your new nose will last you a lifetime. Who says you have to live with the nose you’re born with?

How Is Rhinoplasty Performed?

This type of surgery can be performed using an open or closed technique. Both techniques involve incisions inside the nostrils, but an open surgery involves an additional external incision just below the tip of the nose between the two nostrils. This added incision makes it easier to access the interior of the nose and is often used when a more substantive reshaping of the nose is planned.

Once the incisions have been made, interior bone and cartilage are reshaped to achieve the desired effect. This surgery can be used to reduce a nose or nostrils that the patient feels are too large, augment a small nose through grafting, or repair or reconstruct a damaged or deformed nose. A separate type of nose surgery called a “Tip Plasty” focuses entirely on reshaping the nasal tip, but does not touch other parts of the nose.

Do They Break Your Nose?

A controlled break of the nose during surgery is nothing to worry about. The break is carefully performed using a tool that precisely cuts the bone, and patients who undergo an osteotomy do not face any added hurdles in recovering from the treatment. Some surgeries involve an osteotomy, while many others don’t. We keep the patient’s facial anatomy and desired outcome in mind and design a custom plan for each surgery. Before surgery, we’ll talk with you about our approach and can specifically address any concerns you have about a possible break.

What Kind of Results Can I Expect?

Each surgery we perform is a custom treatment that takes into account the patient’s facial proportions, skin thickness, and nasal anatomy. We can dramatically reshape the nose or make a subtle change, depending on each patient’s needs and goals. When this treatment is performed for cosmetic reasons, it can bring the facial features into a better balance. And patients who have used this surgery to resolve structural issues or a nose deformity often find that they can breathe more easily and sleep more deeply.

Most patients take it easy for several days and can return their jobs about a week after treatment. They initially have a small nasal cast and possibly an intranasal splint that supports and protects the nose during the first few days after surgery.

We recommend that patients refrain from exercise until they are cleared to do. Some patients also find it helpful to wear shirts that button up rather than pull over the head, to avoid the chance of jostling the nose while dressing during their initial recovery period.

When Will I See My Results?

You’ll see your initial results immediately after your recovery period and those results will continue to improve as your body heals. Because your skin, cartilage, and muscles will evolve for some time after your surgery, it can take up to a year for your final results to appear.

I Have a Bump on My Nose: Can This Surgery Help?

The bump you’re referring to is called a dorsal hump. Usually found on the bridge of the nose, this bump is made up of bone and cartilage. Dorsal humps can be hereditary, but they also sometimes develop as a result of trauma. This type of nose surgery can successfully remove a dorsal hump.

What Other Specific Issues Can This Treatment Address?

This surgery can also be performed in a way that reduces the length of a long nose, refines a nasal tip that is boxy or bulbous or corrects overly wide nostrils. Just about any structural issue with the nose can be addressed with this surgery.

Why Do People Seek Out This Surgery?

There are numerous cosmetic and medical reasons why patients seek out nose surgery, including improved facial symmetry and the alleviation of sinus problems.

It’s pretty hard to hide a nose that you’re unhappy with. If you’re bothered by the shape, size, or position of your nose, this surgery can address those issues and rebuild your self-confidence. The nose is one of the most prominent features on the face, and patients are often amazed at how much better they feel about themselves after surgery. Renewed confidence is one of the primary reasons patients seek out surgery.

This treatment works in a variety of ways to improve the appearance of the nose and restore balance to the face. Surgery can straighten a crooked nose, narrow a nose that appears too wide for the face, and make other improvements that bring the features better into proportion.

This surgery can reshape nasal tissues in a way that greatly improves the patient’s ability to breathe. Nasal obstructions make it difficult to exercise and sleep deeply, and they also interfere with everyday life.

If you’ve tried nasal sprays, sleep apnea treatments, and other first steps, but breathing continues to be difficult, it may be time to consider surgery. Individuals who have had this surgery are often amazed at how deeply they can breathe and sleep, and they also become less prone to snoring!

Structural Improvement in the Nose

Whether you’ve broken your nose in a fall or you have a long-standing birth defect that you want to be corrected, this surgery can help.

How Does This Surgery Differ From Septoplasty?

Rhinoplasty changes the shape of the nose to improve breathing or to achieve cosmetic goals desired by the patient. Septoplasty is a separate surgery that straightens the septum or the wall of tissue and cartilage inside the nose that divides the nostrils. The primary goal of septoplasty is to improve breathing, and it is sometimes performed in combination with rhinoplasty.

What Other Types of Surgery Do You Perform?

We offer a complete line of facial plastic surgeries including jawline surgery, facelifts, and brow, neck, and lip lifts. We even offer genioplasty, or chin surgery, which reshapes and redefines the natural contours of the chin. Genioplasty can be performed to either reduce or augment the chin.

Rhinoplasty: Everything You Ever Wanted to Know

Patients have lots of good questions about this popular type of surgery. Here are answers to some of the questions we most frequently get.

Can I Have This Surgery With a Cold?

Your surgery will have to be postponed if you have a cold. Why? Nasal passages that are swollen, or the presence of a bronchial infection, could complicate your surgery. The safest route is to postpone.

What if I Have a Nose Piercing?

Having a pierced nose won’t prevent you from undergoing surgery, but we will ask you to remove the piercing before we begin surgery. You won’t be able to reinsert the piercing for at least a week after your treatment. It’s also possible you may need to have your nose re-pierced if the hole closes up or the tissue the hole was in is removed during surgery.

How Soon Can I Wear Glasses Again?

Most patients are unable to wear glasses for several weeks following their surgery. Wearing contacts is the best option during this time.

Is It True I Won’t Be Able to Blow My Nose?

It’s a good idea to refrain from blowing your nose for at least a week after surgery, and maybe even longer. We’ll give you a specific recommendation based on the nature of your surgery.

You’ll be able to shower as soon as the day after your surgery. The key will be to avoid getting your nose and your nasal cast wet. Try using a washcloth to gently wash your face and be especially careful when rinsing your hair. It’s also a good idea to use warm water in the shower instead of hot water.

If you’re interested in this surgery, the first step it to schedule a consultation with Dr. John Harbison, a double board-certified facial plastic surgeon who specializes in both cosmetic and reconstructive surgery of the face and neck. A native of Kansas City, Dr. Harbison earned his medical degree from the University of Missouri School of Medicine. He completed a residency in Otolaryngology-Head & Neck Surgery at the University of Kansas Medical Center and a Facial Plastic & Reconstructive Surgery Fellowship at the University of California-Irvine.

During your consultation, Dr. Harbison will review your medical history and evaluate your nose. If you are interested in surgery for aesthetic reasons, he’ll also talk with you about your cosmetic concerns and goals.

Who Is a Candidate?

This type of surgery generally is not performed until the nose has fully developed, which is usually sometime around the age of 16. Because this treatment involves anesthesia, the patient should be in good general health and be able to stop taking any blood-thinning medications they’re on for two weeks.

The best patients are also realistic about the surgical outcome. There is no such thing as a perfect nose, and we can’t replicate a famous actor’s nose for you. But what we can do is develop a surgical plan that takes into account your facial contours and your goals, giving you the best possible outcome.

Are you ready to reshape or resize your nose, while also resolving any breathing problems you’ve been struggling with? Rhinoplasty is a straightforward and surprisingly easy treatment that can harmonize your face and boost your self-confidence. And by opening up the nasal passages, this surgery can also make it easier to exercise, sleep, and generally enjoy life. To learn more, visit Omaha Face Plastic Surgery and Med Spa, in Omaha, NE today!